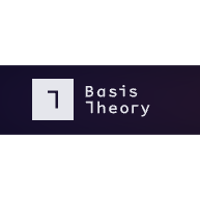 According to Government Technology magazine, there were more than 1,900 data breaches in the United States in 2020. In 2019 and 2020 alone, about 16 billion records were breached, and the average cost for a single breach is $7.7 million for companies with less than 500 employees. Breaches also grew in severity between 2019 and 2020.

At the same time, there are projected to be more than 25 billion internet-connected devices online by the end of this decade. That means more data. In fact, the quantity of data creation is expected to increase to more than 180 zettabytes over the next five years.

These numbers boggle the mind — and they put consumers, businesses, and policymakers on edge.

Basis Theory has built a developer platform for encryption and tokenization that can accommodate any type of data (including sensitive payments data). The company, launched in 2021 and fully distributed, helps financial services and financial technology clients stay in complete control of their customer’s data without taking on the compliance burden. The company was built during the COVID-19 pandemic, when, overnight, consumers become even more reliant on technology to shop, order take out, see their doctor and, of course, bank. Over those months of isolation, founders Brian Billingsley, Colin Luce, and Ben Milne and their team of engineers “built a secure PCI-compliant foundation to enable the collection and storage of payments data” on the Basis Theory platform.

Milne has written that he, Billingsley, and Luce wanted to create a company that could “offer a product to developers globally to help make protecting data easier.” Why? As he explained, “In many cases it’s not just about securing data at rest in all of these devices but about enabling privacy for end users ensuring their data only goes to third parties who are capable of protecting it. That’s a trend [that] will continue until it’s solved by a company or a protocol, but more likely some combination of both.”

Basis Theory became a part of FDATA North American and the North American open banking movement to “ensure the safety, security and privacy of the continued proliferation of data sprawl and not let any associated concerns stifle innovation within financial services”.